After the class yesterday I went to pay for the show and Skin packed the equipment!

Even though it’s the last day at the show, it was plenty of drinks, candy, cookies and donuts for Skin on the tack box 😂 🍩🍭

After I had paid, we took a little brake, then I helped Skin take the rest of the equipment outside and pack it in the truck 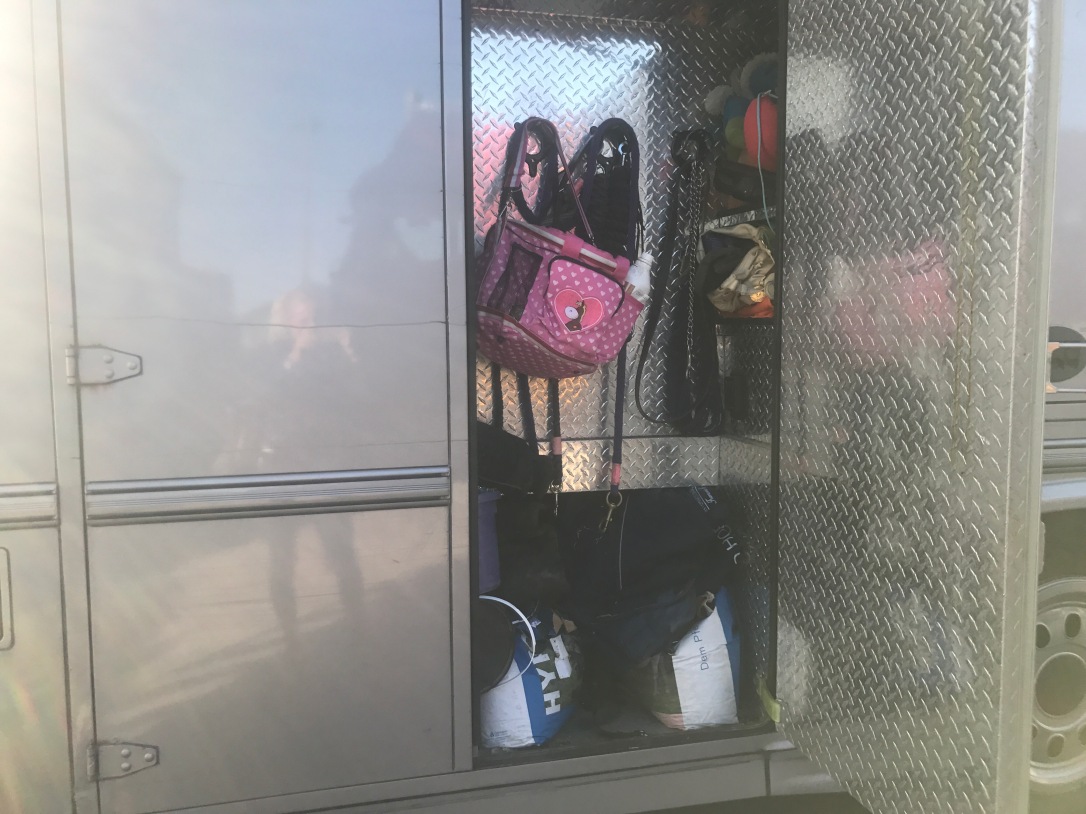 For the heavy lifting Tina and Magne helped us

After that Skin walked the 3 chestnut boys while I feed them for the evening and put on the bandages and back on track on! So they are ready for the transport in the middle of the night!

Skin went home and to the hotel where she lived with Tina and Magne and I went to sleep in the truck!

At 02.00 in the night I woke up and feed the horses with the hay brix/cubes that I had put in water at 20.00 the evening before!

Ice Tea seemed happy to get some night feed

Duc and Alf was really sleepy!

Duc was so sleepy that he did not even “attack” the food like he does! He attack it in a sweet way, not taking the ears backwords against us humans, he is super friendly with all people 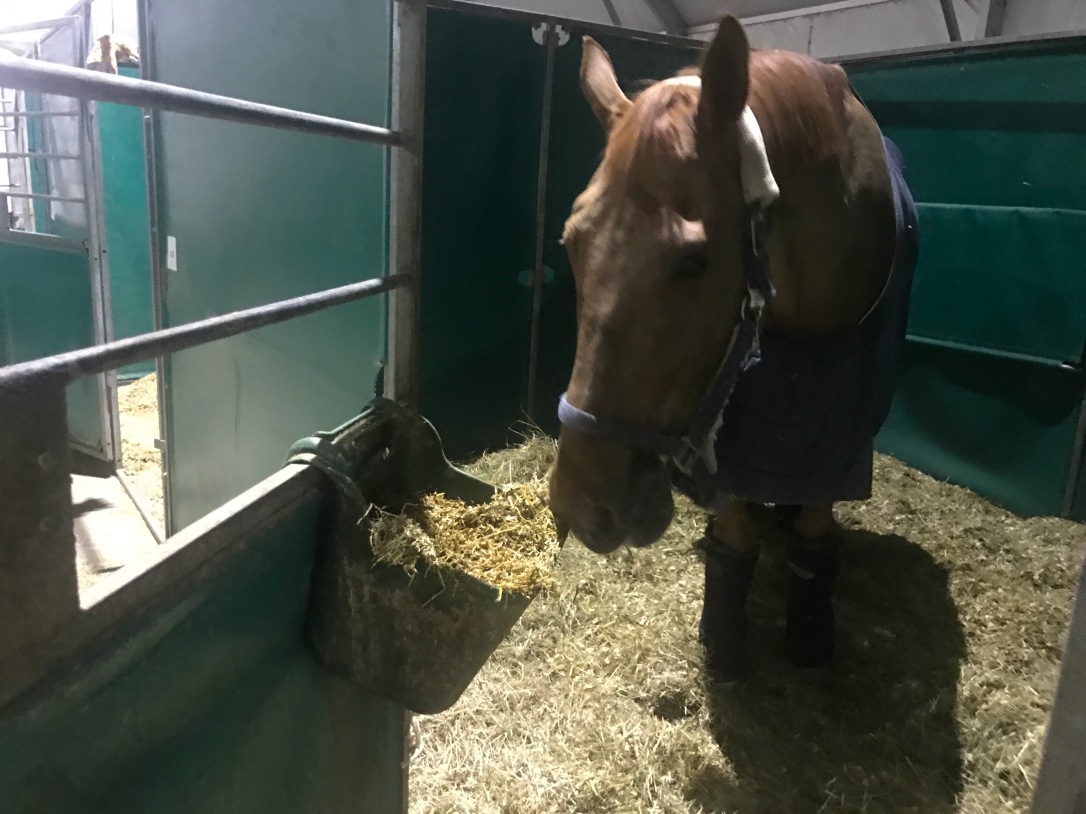 Went to bed for can 30min, and woke up 02.45 again! Took down the water buckets and filled them up with Hay cubes/brix and water for the trip! 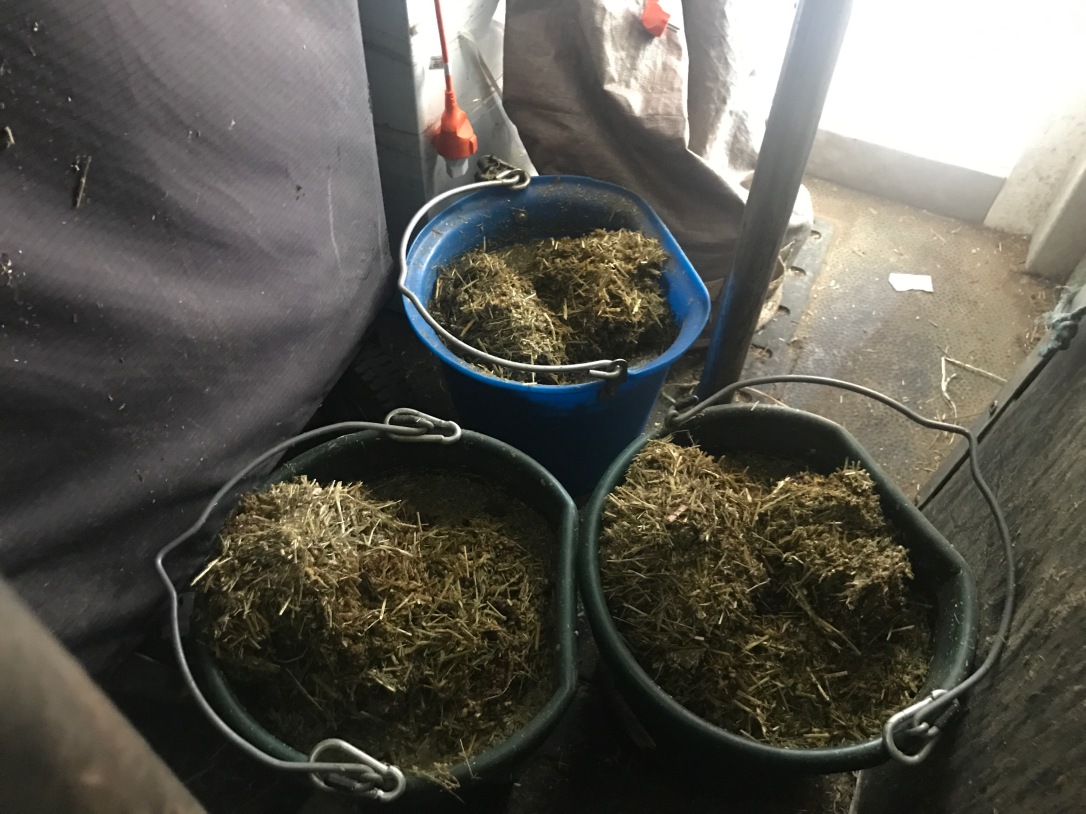 Tina and Magne came, and we put the horses in together ! First Alf, the Duc in the middle and Ice Tea in as last horse!  Skin was sleeping at the hotel and are driving the Yaris back home when she wakes up! I think she will be waking up and starting to drive around 06.00 in the morning 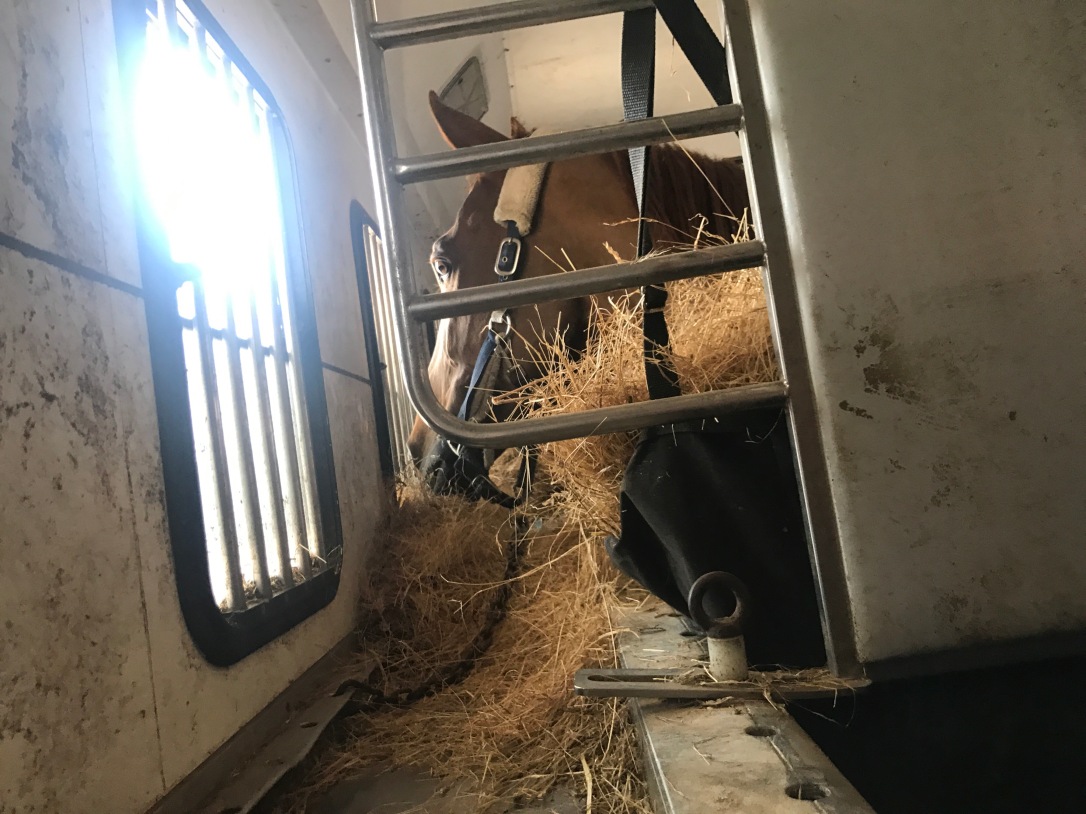 I drove the truck first in the night, while Tina and Magne was sleeping in the back! 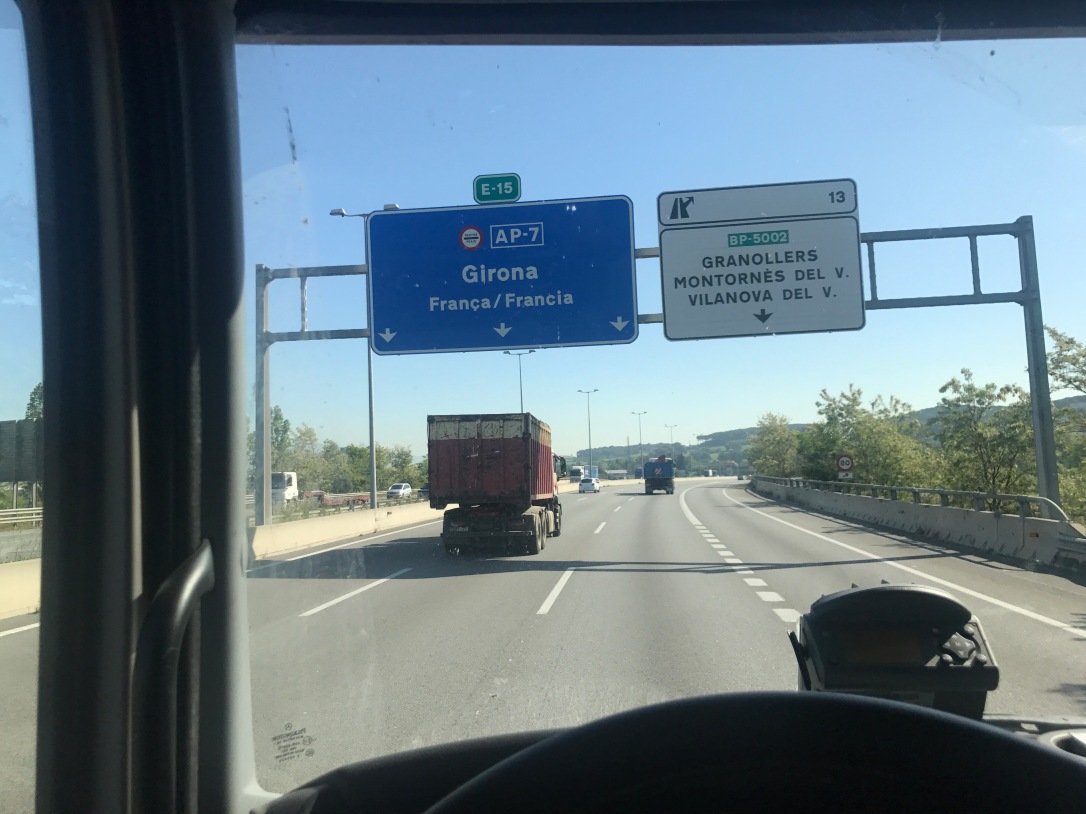 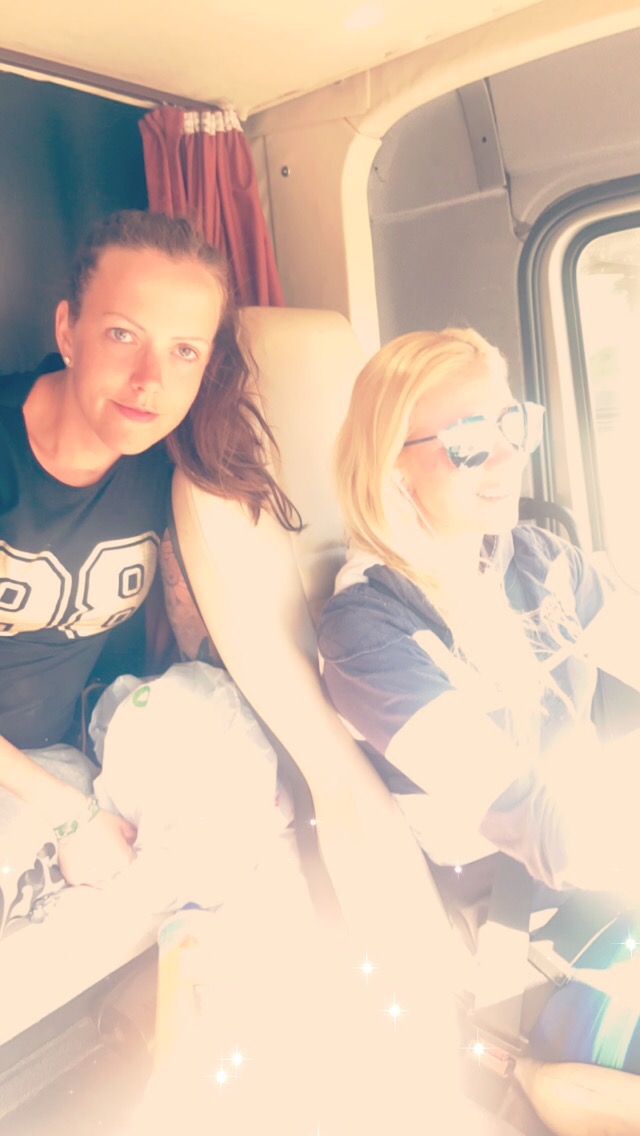 And yeah! We have loads of candy!

I drove to the diesel tank is “empty” then we stopped, filled the tank, feed the horses

Tina and me did some team work, I gave her the buckets, she was wearing the rain coat and went between the horses and put the food in the crib! She wears the rain coat so the horses won’t spill on her so much 😉

and gave them water, got some Burger King for us and changed the driver

We also prepared food for next stop! Random gas station man supervising me filling water in the buckets 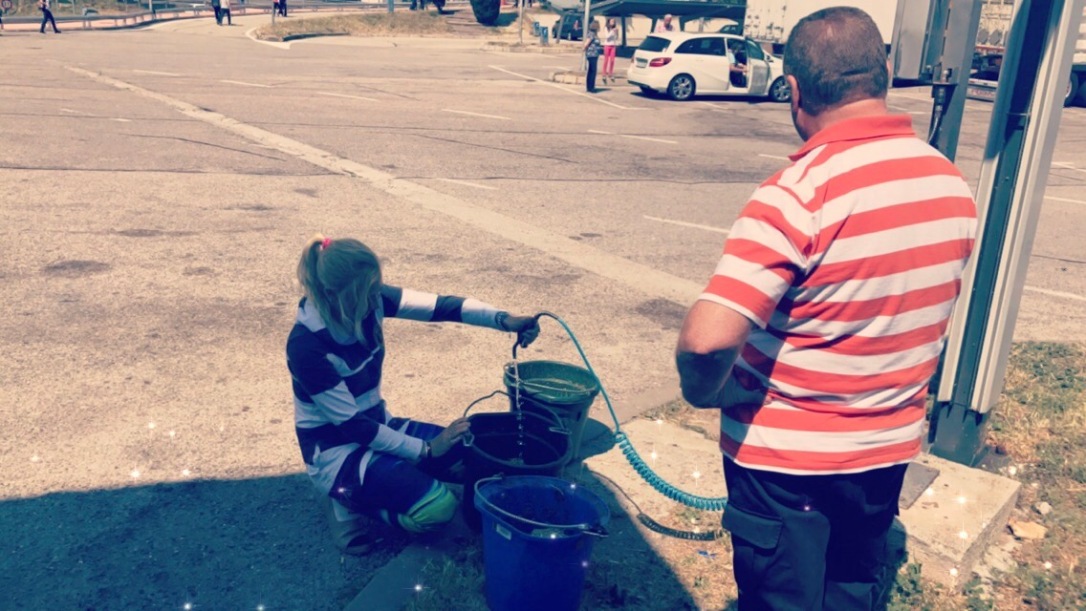 Now Tina is driving and I’m chilling in the passanger seat! One of the few times I have ever been sitting here 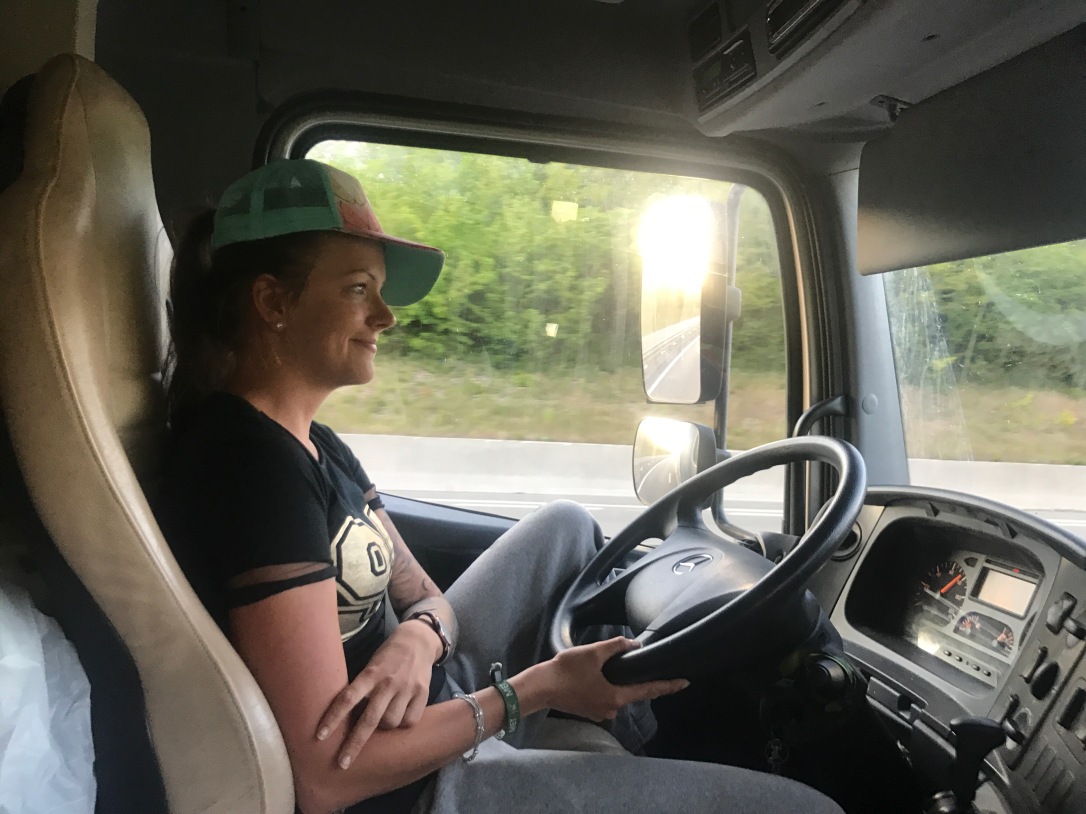 I always have the same truck driver outfit! When I’m a little cold  I wear this addidas tights under 😂

This is the top of my truck driver outfit 😍💖🎀🙋💁 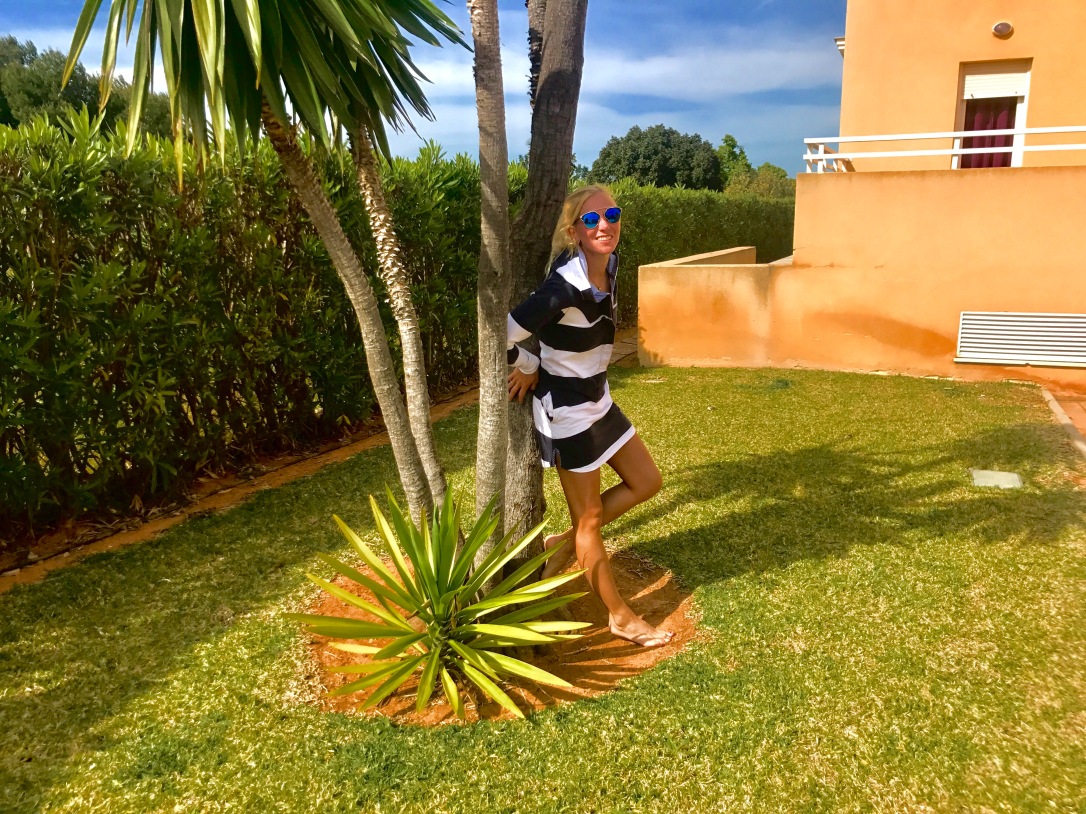 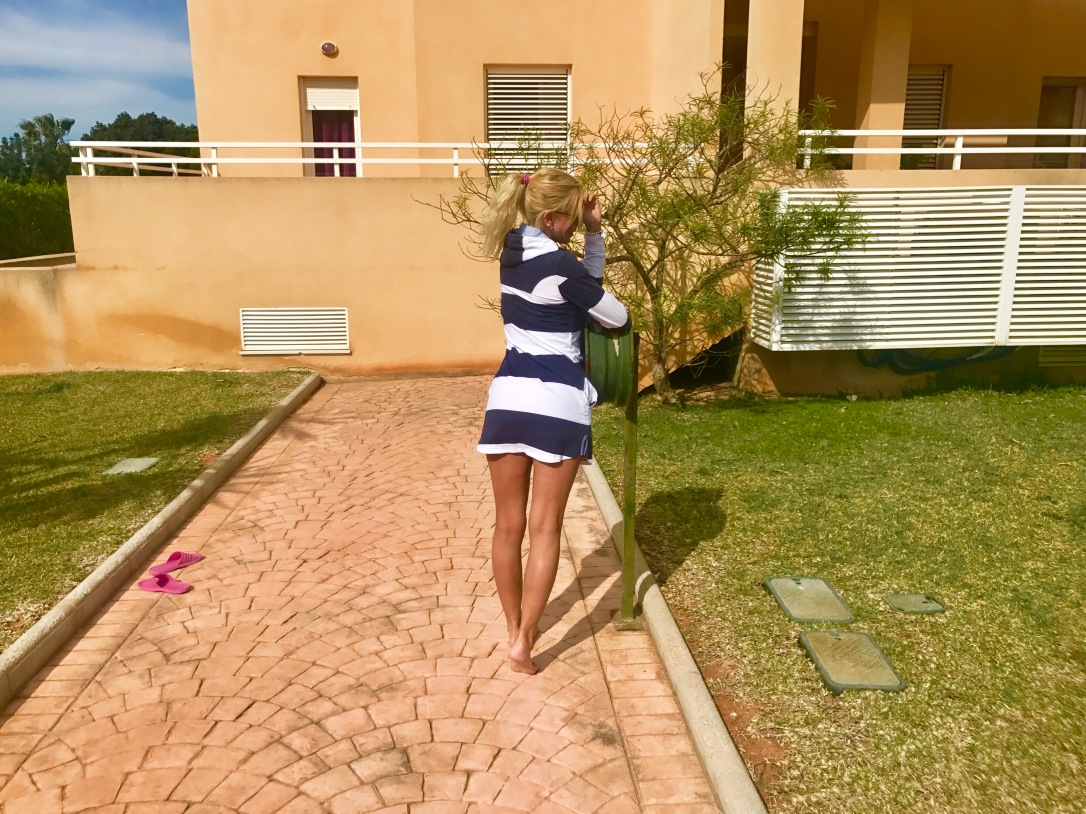 I’ll update again when we are home